Recently, I got asked to head over to Berghain to attend John Grant’s gig and write this blog post about it. I’d heard of John Grant before but I’d never actually sat down and fully listened to his music. The next night, I prepared a playlist on Spotify with a few songs from each album he’s released, made myself comfortable and really focused on soaking in his music. As a songwriter, what usually thrills me about songs are the lyrics… and John didn’t disappoint. His phrasings and metaphors are so genius that every song brought on a ‘wow’ moment.

Just by listening to what this man was singing, I knew he had a troubled past, so I decided to read up on him. John was born in 1968 in Michigan, but grew up in Colorado. Both of his parents were deeply devoted to their Southern Baptist church; a place where a gay teenage boy wouldn’t be accepted. He had, at numerous times, been told that something was wrong with him and that he needed fixing. He was bullied at school and his true self was never accepted by his parents or peers. He now resides in Iceland, but before that, he lived in Germany where he studied German, following the split of his Denver-based band, The Czars. It was in Germany where his alcohol abuse started to develop and where he began using cocaine. Many years of living with addictions to alcohol, sex, and drugs followed. In 2010, he released his first solo album, and the following year he was diagnosed as HIV positive. Reading about his life made his music seem even purer and I found myself admiring him even more. I was sold… and excited. 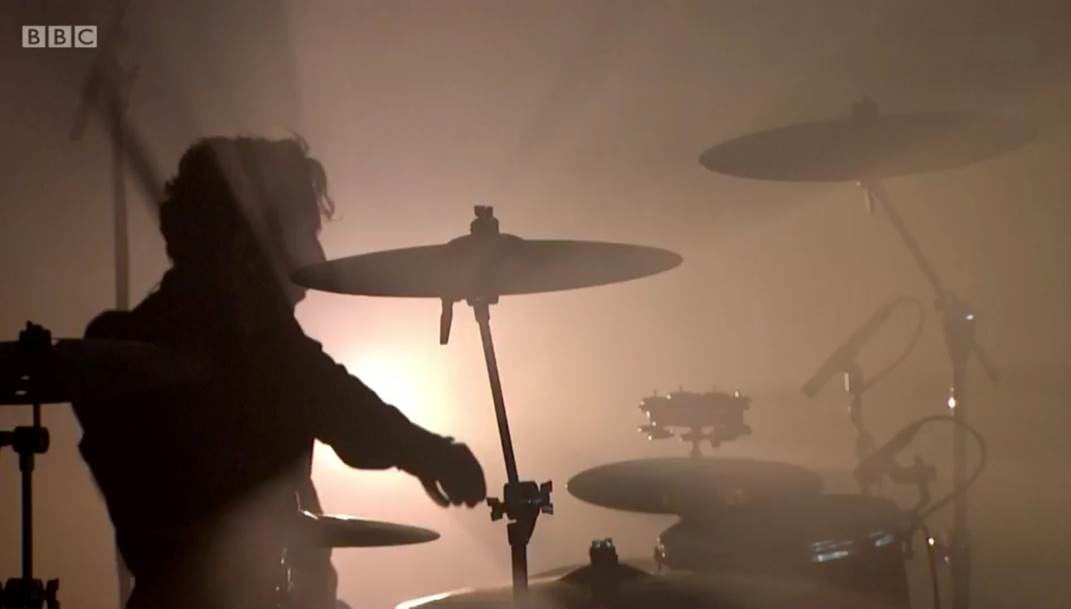 Three nights before John Grant’s gig, I got the opportunity to contact the drummer of his band (and BIMM teacher), Budgie, who was on tour with the band. I asked him about his upcoming Berlin performance, and whether he felt extra pressure because of the iconic Berghain venue. He replied: “Berghain Berlin is definitely an iconic venue as the city’s euro-dance-club mecca, and it has an incredible in-house soundsystem to match. On the last leg of John Grant’s tour, we played a sold-out show at London’s Royal Albert Hall, and in 2012 I performed at the Sydney Opera House with Danish band Efterklang. Both major landmark venues were very special events for me, and I would think for most musicians, but for the band the approach was pretty much the same as it would be for a club date.”

I also asked Budgie whether the band’s set list would be adapted to fit the Berghain location. He said: “I was actually in the audience the last time John and his band played at Berghain and I did sense a different feel to the song set list. This was confirmed today by Chris Pemberton, John’s long serving keyboard wizard. The introduction of a lot more of the dance element from John’s repertoire made for a heavy sub-bass dance section amongst the new album and old favourites. This was specific tailoring to utilise the venue’s assets but also pre-empting the type of crowd that likes to come to this particular venue. It’s a standing venue and so it’s very different in feel to a hall with a seated audience. The band adapts to accommodate and help our guests feel that we’re there for them.”

The reason behind my curiosity of the gig’s set list was because Grant’s first album, ‘Queen of Denmark’, could be put in the genre of country-rock, whilst his latest album, ‘Grey Tickles, Black Pressure’, has more of an electronic sound to it.

When the gig day finally arrived, I left my flat to pick up my partner in crime, Tom. When I asked him if he wanted to come along to Berghain to see John Grant, he almost cried. As I only had a rough understanding of Grant’s music, I figured it would be best to recruit someone who’s known his work for years. On our way to Berghain, we discussed the meanings of some of his songs, our top picks, and what we expected to see on stage that night. Tom, who’s attended six of John’s previous gigs, had a lot of information on how his set lists are adapted to suit the venues. I was hoping to see the set list adapted to fit the techno history of Berghain, whilst Tom hoped to hear some of Grant’s best country tunes.

We arrived at the venue, got our guest passes, handed in our coats and headed upstairs to the Panorama Bar. We walked around the stage area and took it all in, pretty sure we would never get to experience Berghain this quiet again.

The opening act, Arc Iris, warmed up the audience for about an hour with their psychedelic indie rock. After another half an hour, the venue lights went off and the audience started screaming. The band arrived on stage, took their positions, and started playing the first song. John’s stage presence blew me away – it was so pure and honest. He was wearing dark jeans, shoes, and a black t-shirt, and looked very casual, but genuine.

Whilst standing in the audience, three meters away from him, I found myself thinking about his background. I had read interviews where he confessed to being unsatisfied with himself, and admitted that his addictions had formed at a time when he disliked himself. What I saw on stage was a free being. John sung his heart out. I ran into some of his friends by the bar whilst getting a beer and they were all talking about how he “gave it his all” during the show. He really did, and so did his bandmates. There was so much energy up on stage and it rubbed off on the crowd. It was clear that I wasn’t the only one who’d been captured by his lyrics. Many people in the audience sang along and they all projected their emotions when doing so.

Before playing his two outro-songs, he had everyone bouncing on their feet to ‘Black Belt’; my personal favorite. This ‘pop’ song has the most hits of any of his tracks on Spotify, and it’s one of those songs you understand more and more every time you listen to it. Fifteen minutes after that, it was all over. The band left the stage, and the crowd started exiting the building.

Tom and I sat down by the bar, both blown away by the amazing performance we had just witnessed. We chatted to a few other fans and many exclaimed that this had been the best gig they had ever been to. We walked home in silence. I woke up the next day with aching feet from the concrete floor and ringing ears.

Sophia is a Songwriting Student at BIMM Berlin